When is it and how much does it cost?

Ardacon: SBG International 2017 is a three day event and takes place on the following weekend this Summer:

Please see the event schedule page for a detailed breakdown of the tournament timings across the weekend.

There are a number of ticket options for Ardacon 2017.

The above ticket gives access to the convention as well as entry to the World Team Championships/Grand Tournament plus the Doubles and Chaos in Arda tournaments.

NOTE: Players 15 and under must be accompanied by an adult. In which case, one single adult may gain a Full Event Spectator Pass free of charge.

For those who wish to come and enjoy the convention without playing in any of the tournaments, we also have the above ticket options. 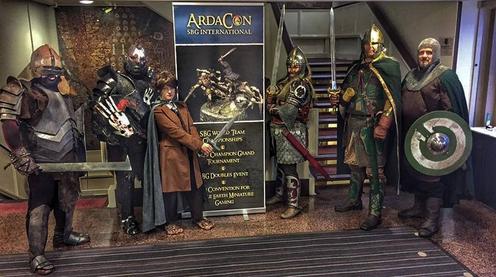 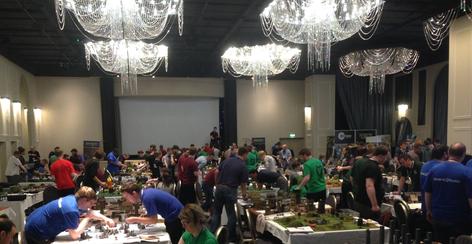 Where is it held?

The International Suite allows the event to hold 200 players, making Ardacon the largest strategy battle gaming tournament and event in the world.

With great discounts available at the Mercure, stay at the convention location itself and mingle with fellow strategy battle gamers from all four corners of the globe, representing their gaming clubs and countries.

With great accessibility from Manchester Airport and Manchester Piccadilly train station as well as onsite discounted car parking, Ardacon is easy to travel to and it's city centre location is popular with attendees wishing to venture beyond the convention itself.

What is Ardacon: SBG International?

Ardacon: SBG International is a multi-country gathering of fans of Games Workshop's The Hobbit: Strategy Battle Game, a tabletop war-game set in Tolkien's Middle Earth. Ardacon is an annual celebration of this wonderful hobby, mustering players and hobbyists from around the world to join together in all things Lord of the Rings and strategy battle game. It offers players a chance test their metal against gamers from across the globe in three completely different styles of tournament, including the much coveted World Championship Grand Tournament and World Team Championships, as well as chances for those more interested in the hobby side to test their painting and converting skills against the very best hobbyists on the planet! 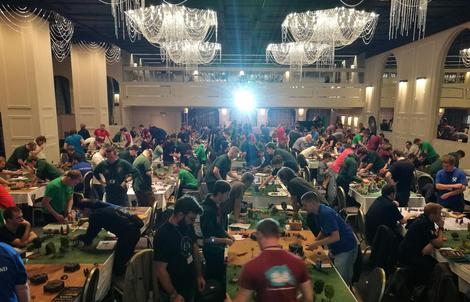